10 Things To Know About Gottman

10 THINGS TO KNOW ABOUT GOTTMAN

1. RESEARCH PIONEER
In the 1970s, John Gottman and Robert Levenson were part of a pioneering group of researchers who applied the scientific method to identify behavior patterns of couples in healthy, successful relationships.

2. OUTSIDE-THE-BOX THINKER
Before Dr. John Gottman’s initial studies, few researchers studied relationships, as many in the psychology field felt results would be unreliable since individuals and couples have vastly different personalities and actions. However, results from his systematic study proved that couples did behave with tremendous regularity over time and science could, indeed, identify sequences of interactions among sets of happy and unhappy couples.

3. THE NOT-IMPOSSIBLE MISSION
The successes of Dr. John Gottman’s early studies propelled him to embark on a quest to discover what triggered positive and negative sequences of couple behaviors. He wanted to develop materials and therapy methods to guide couples toward patterns of behaviors characteristic of successful couples.

4. LOVE LAB CREATOR
One of the most well-known studies by Dr. John Gottman is what has been nicknamed the “Love Lab” studies. In 1986, Dr. John Gottman and his colleagues built an apartment laboratory at the University of Washington. They equipped the lab with computers, video cameras, physiological sensors, and other scientific gadgets.

For the first time, researchers gained incredible insight into individuals’ physiology during everyday conversations and interactions with their partners.

5. FRIENDSHIPPING
From the Love Lab studies and subsequent related projects, Dr. John Gottman and his team discovered how couples create and maintain friendship and intimacy, and how friendship is related to conflict management. They also identified a key dysfunctional pattern: emotional disengagement.

6. HUSBAND-WIFE HOOK UP
Dr. John Gottman’s wife, clinical psychologist Dr. Julie Gottman, worked with him to apply his research into a usable form. Together, they developed the Sound Relationship House theory in 1994. The theory is the basis of couples’ therapy methods for thousands of psychologists worldwide, and educational workshops attended by tens of thousands of couples worldwide.

7. LET’S FIGHT
The husband-wife duo also joined forces to conduct a study to determine what happens to the physiology and psychology of partners who are fighting. The results led to an important discovery that has helped thousands of couples change the way they argue and convert conflicts into opportunities for affection and closeness.

8. INSTITUTING LOVE
The decades of research culminated to the founding of The Gottman Institute in 1996 by Drs. Julie and John Gottman. Through the Institute, the valuable information from the studies are disseminated worldwide, helping families create and maintain healthier, happier relationships. The Institute also continues to undertake research programs to increase our understanding of relationships and further assist mental health professionals in their practices.

9. GLOBAL PRESENCE
Gottman-certified therapists are found in nearly all states across the U.S.A., as well as Australia, Canada, Germany, Hong Kong, Ireland, Korea, Luxembourg, Mexico, Romania, Sweden, Turkey and Uruguay. Of all the therapy methods available to practitioners, the Gottman Couples Therapy Method is backed by the most extensive body of data and research.

10. EDUCATIONAL CHOICES
The Gottman Institute’s information is available to couples through its books (including the Amazon best-seller “The Seven Principles for Making Marriage Work”) and couples workshops. Its premier couples workshop is The Art and Science of Love. The universality of its concepts is evident in its worldwide approval rating. About 84 percent of workshop attendees around the globe say the event is a “positive experience” for their relationship.

To see if a couples workshop is right for you, contact Caralee at caralee@principleskills.com for a free consultation.

Caralee Frederic, LCSW, has practiced as a private couples and individual therapist in Colorado, specializing in marriage and family counseling, for about 20 years. She is a Certified Gottman Therapist, and also focuses on sexual addiction recovery, trauma and Couples On The Brink Counseling.

View all posts by Caralee Frederic 4 Steps to Solving your Solvable Problems 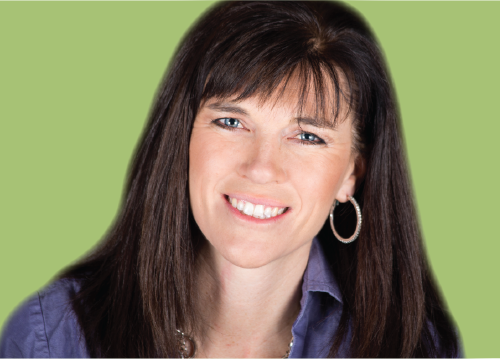 My Journey to Becoming a Gottman Couples Therapist